The two most common kinds of handguns today are semi-automatic pistols (semiautomatics) and revolvers. On this website we’ll cover both, but focus more on semiautomatics, since they’re more commonly used for personal defense by people new to guns. 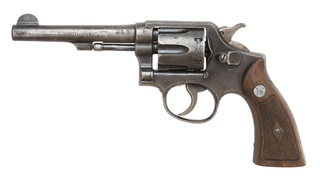 Revolvers have been around for a lot longer than semiautomatics. Their distinguishing feature is the cylinder of chambers. Revolvers aren’t generally used for personal defense any more because they’re large and unwieldly, and slow to fire and reload. 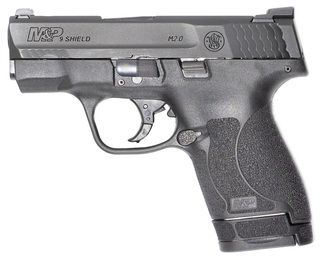 Semiautomatic pistols have a single chamber in the barrel. A semiautomatic does not have a cylinder in which the cartridges are loaded. Instead, the cartridges are stored in a container called a magazine. The magazine has a strong spring that feeds the next cartridge to the chamber. When the trigger is pulled, a firing pin strikes the primer and causes the sequence of events that lead to the bullet being projected through the muzzle. (See Anatomy of Ammunition).

The main parts of a semi-automatic pistol 3

A semiautomatic has a slide that sits on the top of the gun’s frame. When expanding gases create pressure that propel the bullet through the barrel, there is an equal and opposite force generated on the slide, causing it slide backwards. The mechanics of the gun cause the slide to eject the now empty cartridge, and the spring in the magazine feeds the next cartridge into the chamber. All of this happens so fast you can barely see it.

Because everything happens so fast, it is imperative that you grip the gun properly. Make sure that no part of your body (like a finger or thumb) is immediately behind the gun. You need to give the slide a few inches clearance to move backwards. If you’re careless about this, the slide will cut whatever it comes into contact with—you could lose a tendon or a finger. So be careful. Ask someone who knows to show you how to properly grip a handgun. 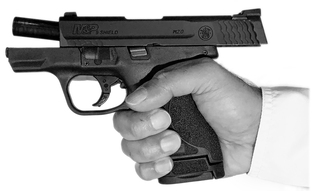 This is how far back the slide moves after the gun has been fired. 4

An M&P Shield M2.0 field stripped showing the major components that need to be cleaned. 5